Trump Calls on Extremists to ‘Stand By’ 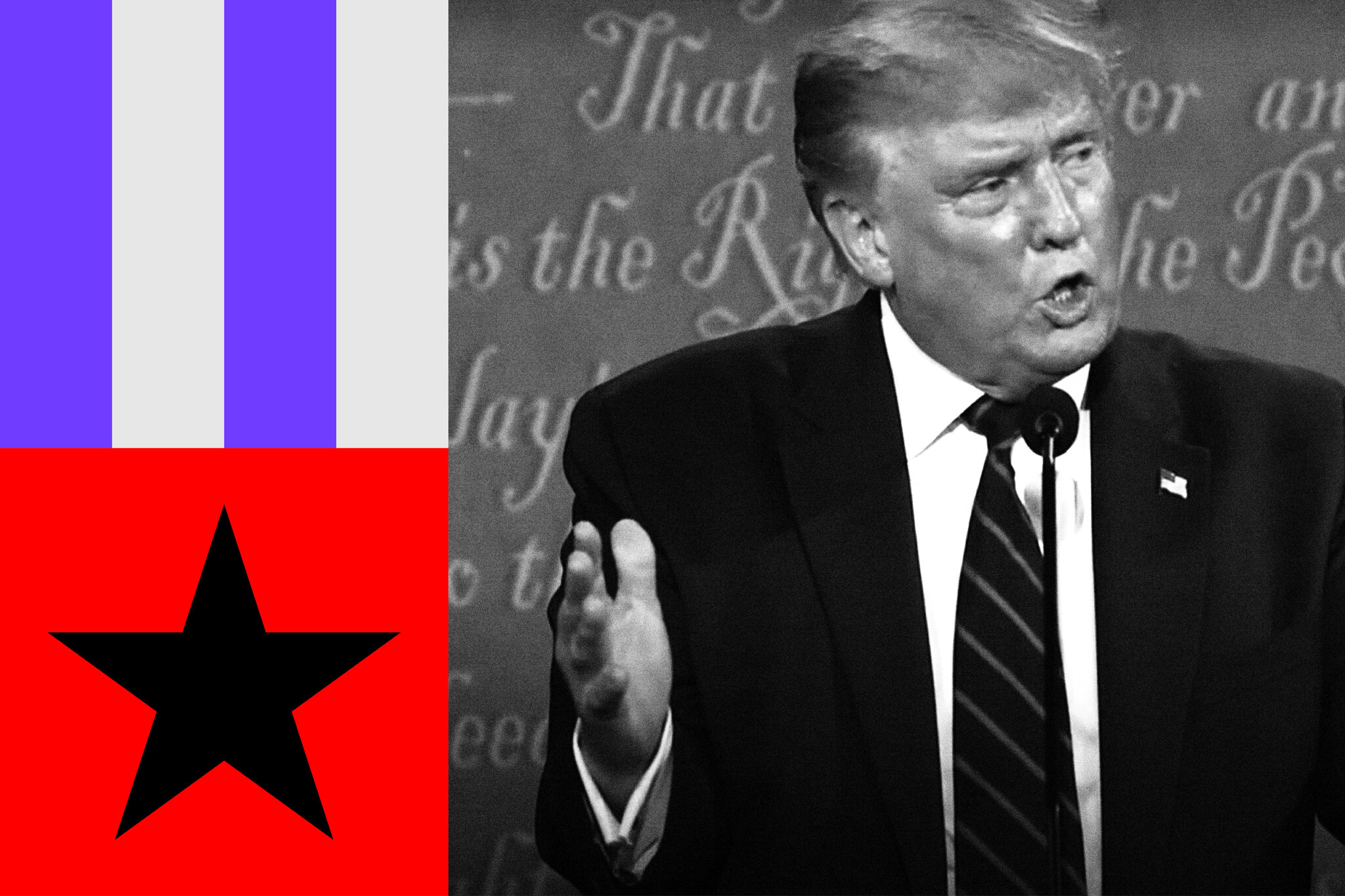 It has become increasingly obvious that Donald Trump's main platform item is white supremacy and that much of his base, regardless of how they try to otherwise rationalize their support for Trump, are racists,  Tax cuts, so-called "religious freedom" - which amounts to a license to discriminate - and other platitudes one hears are a mere smoke screen and self-deception of what Trump's real appeal is to his base which Hillary Clinton rightly labeled as "deplorables."  What is frightening is the willingness of a percentage of this base to use violence, something Trump encourages and fans with his lies about a stolen election and fabricated stories about mail-in ballots. While in denial, part of Trump's psyche knows he is now being rejected by a growing majority of Americans and he is willing to use any means available to retain power, including violence, hence his  comment to violent white supremacists to "stand by."  It's time for anyone who doesn't support violence and racism to abandon Trump and his enablers within the Republican Party.  A column in the New York Times provides a look at Trump kindred spirits and my Republican "friends" (especially the country club set that deludes itself that Trump has not remade the GOP into something hideous) need to decide if this is the company they want to keep.  Here are column highlights:

Trump harmed the United States in three ways, reminding us that the biggest threat to America comes not from desperate migrants, not from “socialists” seeking universal health care and not from “anarchists” in the streets — but from the White House itself.

The first way in which Trump damaged the country was in his salute to violent extremists.

“Are you willing tonight to condemn white supremacists?” Chris Wallace, the Fox News anchor who moderated the debate, asked Trump. Trump initially dodged the question but finally asked petulantly, “Who do you want me to condemn?”

Biden suggested the Proud Boys, a militant group that is fervently pro-Trump.

“Proud Boys, stand back and stand by,” Trump declared. Stand by?

The Proud Boys, founded in 2016, are part of what the Southern Poverty Law Center calls “a fascistic right-wing political bloc.” The Anti-Defamation League compares it to a gang. The Proud Boys’ founder once said, “I cannot recommend violence enough,” and its members have brandished guns, committed criminal assaults and engaged in rioting. Facebook, Twitter, YouTube and Instagram have banned Proud Boys.

. . . . .the group’s members identify as “Western chauvinist” and assert that “white men are not the problem.” They have longstanding links to racism, and a Proud Boy (since expelled) apparently was the organizer of the 2017 Charlottesville rally that drew neo-Nazis. An anti-Semitic podcast once estimated that if Proud Boys were pressed, “90 percent of them would tell you something along the lines of ‘Hitler was right. Gas the Jews.’”

The Proud Boys responded enthusiastically to Trump’s comments at Tuesday’s debate, celebrating them as “historic” and boasting that they were already bringing in new members.

After addressing the Proud Boys on Tuesday night, Trump added: “Somebody’s got to do something about antifa and the left, because this is not a right-wing problem … this is a left-wing problem.”

A careful study by the Center for Strategic & International Studies concluded that “right-wing extremists perpetrated two-thirds of the attacks and plots in the United States in 2019.”

[T]he biggest take away from the debate was that the president of the United States refused to condemn white supremacists and instead called on modern brownshirts to “stand by.” Under intense pressure on Wednesday, Trump claimed that he did not know who the Proud Boys were and urged them to “stand down”; disavowals of extremism never seem quite so sincere when they’re made only after public outrage.

The second way in which Trump damaged our country was by seeding further doubts about the election. He served as a mouthpiece for Russian-style propaganda about the illegitimacy of American democracy and laid the groundwork for postelection upheaval and violence

I’ve seen postelection violence explode abroad like a volcanic eruption. In 2008 in Kenya, covering such violence, I met a man whose wife and children had been burned to death and a 16-year-old boy who had been tortured with a machete. . . . . All this had been unimaginable until an election dispute polarized society and unleashed enraged mobs on rival groups.

Americans should stand together to disavow Trump’s words and ensure we don’t ever go a step down that road.

[T]he third way in which Trump wounded our nation: He made our country a laughingstock around the world. Trump claimed in 2016 that he would make Americans respected around the globe — but instead, we are pitied.

A Nigerian friend emailed me after the debate: “I regret to say that this is the most disgraceful public display by a leader of a developed country I have seen …. And this from the United States of Roosevelt, Kennedy, Reagan …? Good God. Sorry, Nick.”

If Vladimir Putin, Xi Jinping and Al Qaeda worked together, I don’t know that they could damage the United States as deeply — unraveling our social fabric, destroying our norms, devastating our global image — as Trump has. And we still have two more presidential debates.

Posted by Michael-in-Norfolk at Thursday, October 01, 2020