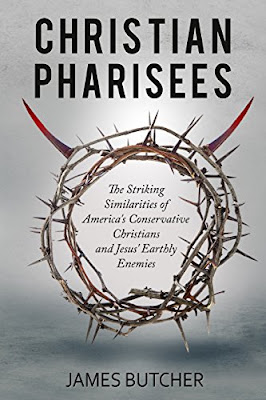 Today was the first day that Virginia's new LGBT non-discrimination protections became effective and sure enough a Norfolk Christofascist who believes he should be above the law has sued the Commonwealth of Virginia, claiming that the ban on discrimination against other citizens, namely those who are LGBT, tramples on his "religious beliefs." Also not surprisingly, the virulent hate group Alliance Defending Freedom - the organization's name truly ought to include the words to be "to be a bigot and hate monger" - is representing Chris Herring, the Norfolk photographer who claims his religious freedoms are being trampled upon.  Seemingly missing from Herring's complaint is any evidence that any LGBT clients actually sought to force him to provide wedding photo services under the newly effective Virginia Laws.  Frankly, in my view, Herring is but another example of the self-centered and hate driven individuals of today's "conservative Christians" who show themselves to be anything but true Christians.  A piece in the Virginian Pilot looks at the lawsuit and Herring's demand for special rights to discriminate against other Virginians.  The irony, of course, is that Herring and those like him would scream bloody murder if decent, moral people discriminated against him based on their religious beliefs and Christ's condemnation of Pharisees. Hopefully, decent, moral Virginians will boycott Herring's business.  Here are article excerpts:

Herring “faces an impossible choice: violate the law and risk bankruptcy, promote views against his faith, or close down,” his attorneys wrote in the suit, filed Tuesday in federal court. “And this was exactly what Virginia officials wanted for those who hold Chris’ religious beliefs about marriage. Legislators who passed Virginia’s law called views like Chris’ ‘bigotry’ and sought to punish them with ‘unlimited punitive damages’ to remove them from the public square.”

The new law prohibits discrimination on the basis of gender identity and sexual orientation in housing, public and private employment, public accommodations and access to credit.

Herring, who [falsely claims he] is Christian, already serves LGBT clients for brand and adventure shoots, said Kate Anderson, senior legal counsel with the conservative Christian nonprofit [certified hate group] Alliance Defending Freedom, which is representing him. But he does not photograph same-sex weddings and feels that doing so would be creating art and sending a message against his beliefs, Anderson said.

Anderson said Herring wants to post a belief statement on his business website, but is concerned that Virginia could levy enough fines to drive him into bankruptcy.

The attorneys say in court documents the language of the law would force the photographer “to create and convey photographs and blogs celebrating same-sex weddings because he does so for weddings between a man and a woman.”

Anderson noted in that and a similar case in Minnesota, Virginia Attorney General Mark Herring “filed briefs supporting the government compelling artists to speak messages that violate their core convictions. So there’s no doubt that’s how (he) will interpret this law.”

The attorney general [Mark Herring] , who is not related to the plaintiff, is named as a defendant in the lawsuit. Spokeswoman Charlotte Gomer said in an email Wednesday that his office is reviewing the complaint and will respond in court.

“Attorney General Herring believes that every Virginian has the right to be safe and free from discrimination no matter what they look like, where they come from, or who they love,” Gomer said. “LGBT Virginians are finally protected from housing and employment discrimination under Virginia law and Attorney General Herring looks forward to defending the Virginia Values Act in court against these attacks.”

Filed the day before the law went into effect, the freedom alliance said the Norfolk case is what’s known as a “pre-enforcement challenge,” allowing citizens to challenge a law before it’s enforced against them.

According to court documents, Chris Herring started his company in 2017 and operates mostly in Norfolk and Chesapeake. After initially doing only adventure photography, he expanded to weddings aiming to promote “God’s design for marriage which reflects Jesus’ sacrificial relationship to his Church.”

Again, decent, fair minded individuals and businesses need to boycott Chris Herring and his business and with luck, it will wither and die. Chris Herring is no different than "Christians" of old who cited the Bible to support slavery.  Hate and bigotry is still hate and bigotry even when wrapped in the smoke screen of religion.
Posted by Michael-in-Norfolk at Wednesday, July 01, 2020

Michael, Can you please comment on "pre-enforcement challenges"? Not being a lawyer, I thought that normally people had to actually BE affected by a law before being able to bring a lawsuit. Otherwise the courts would be full of cases about hypotheticals.

I question if the Norfolk District Court will be receptive to this type of lawsuit since as of now, no one LGBT has tried to hire this modern day Pharisee for wedding photos. Thus, the court could throw the case out and say no current controversy exists. Alliance Defending Freedom has a history of losing considerably more cases than it wins. This may be another loss.

Given the trashing he is taking on his Facebook page I suspect few in the LGBT community will want anything to do with him.

i got news for you sir, god doesn't have a design for marriage.

marriage, as a concept, is totally man made.