"Nones" Now as Numerous As Evangelicals and Catholics in the US 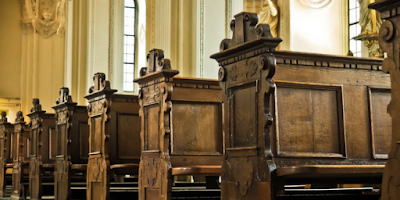 In what I consider to be very positive news, a new survey indicates that those who identify as "Nones" - those with no religious affiliation - now equal the numbers of those who identify as Roman Catholic and those who identify as evangelical Christians.  While those who identify as "Nones" skew younger and less consistent when it comes to voting, if the trend continues, it could mean a real threat to the Republican Party's future prospects. Moreover, as the "Nones" age, they could well become more politically active even as their overall numbers continue to increase. Some will think I am anti-religion and, when it comes to ignorance embracing conservative religion - be it Christian, Muslim or something else - I will plead guilty. God, the Creator or whatever name you choose to embrace gave us intelligence and the ability to reason yet conservative Christianity (and Islam) rejects knowledge and reason and embraces ignorance and bigotry.   A piece in Religion News Service looks at the survey findings.  Here are highlights:

In a shift that stands to impact both religion and politics, survey data suggests that the percentage of Americans who don’t affiliate with any specific religious tradition is now roughly the same as those who identify as evangelical or Catholic.

According to newly released General Social Survey data analyzed by Ryan P. Burge of Eastern Illinois University, Americans claiming “no religion” — sometimes referred to as “nones” because of how they answer the question “what is your religious tradition?” — now represent about 23.1 percent of the population, up from 21.6 percent in 2016. People claiming evangelicalism, by contrast, now represent 22.5 percent of Americans, a slight dip from 23.9 percent in 2016.

That makes the two groups statistically tied with Catholics (23 percent) as the largest religious — or nonreligious — groupings in the country.

The shift could signify coming political changes. Evangelicals often lean conservative and are known to have outsized influence on American elections: According to exit polls, white evangelicals alone made up 26 percent of the electorate in 2016, even as their share of the American population has dipped far below that, according to Public Religion Research Institute.

As such, the most immediate impact of the rise in religiously unaffiliated is likely to be felt in religious communities themselves, where their absence will be noted.

[W]hile most religious groups in the GSS survey either saw dips in affiliation or remained roughly consistent — such as black Protestants and those listed as “other faiths” — one group did see an increase: Mainline Protestants, who have been declining at a steady clip for decades, saw their numbers tick up slightly, from 10.2 percent to 10.8 percent.

Even so, Burge noted that the change is not statistically significant, and more years would have to pass to register if it signifies a resurgence among mainliners. In the meantime, he pointed to another trend: The rise of the religiously unaffiliated tracks closely with the decline of mainline Protestantism beginning in the early 1990s.

“The biggest story is that ‘no religion’ is coming from the mainline,” he said. “Mainliners are jumping ship.”

Email ThisBlogThis!Share to TwitterShare to FacebookShare to Pinterest
Labels: decline of Catholicism, decline of evangelicals, evangelical embrace of ignorance, rise of "Nones", threats to the GOP, younger voters