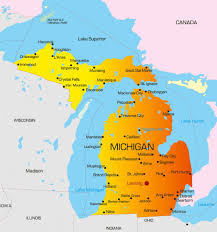 In a move that needs to be followed in every state in the country, the sate of Michigan will no longer provide state funding to adoption and foster care agencies that refuse to work with LGBT individuals as adoptive parents or foster parents citing "religious belief."  Expect shrieks and flying spittle and claims of persecution from those who want to gorge themselves at the public taxpayer funds trough yet want to discriminate against taxpayers.  The choice is simple, if you take public funds, you work with all of the public.  If you are unwilling to do that, then do not take public funds. The reality is that many of these bigoted agencies cannot make a financial go of it without taxpayer funds - something that ought to tell them that their bigotry and exclusionary policies are not wanted in the public market place.  The Detroit Free Press looks at the development.  Here are excerpts:


Michigan will no longer financially support adoption and foster care agencies that refuse to work with same-sex couples and LGBTQ individuals because of religious beliefs under the terms of a settlement of a lawsuit negotiated by Attorney General Dana Nessel.

The settlement, which was announced Friday, sets up a battle with the Republican-led Legislature, which passed a law in 2015 that allows adoptions agencies to refuse to work with members of the LGBTQ community.

The terms of the settlement require that the Michigan Department of Health and Human Services agrees to maintain nondiscriminatory provisions in its foster care and adoption agency contracts. It also calls for the department to enforce the nondiscrimination provisions by terminating contracts with agencies that either discriminate against same-sex couples or LGBTQ individuals who would otherwise qualify to become foster or adoptive parents or that refer them to other agencies.

In exchange for the policy, the plaintiffs in the case — Kristy and Dana Dumont of Lansing and Erin and Rebecca Busk-Sutton of Detroit — have agreed to dismiss their claims and pay their own attorney fees and costs.

In 2015, Republicans in the Michigan Legislature, voting mostly along party lines, passed a controversial bill that allows adoption and foster care agencies to cite religious convictions when refusing to work with same-sex couples who want to adopt  or foster a child.

The two couples filed a lawsuit in 2017 challenging the MDHHS contract with taxpayer-funded and state-contracted foster care and adoption agencies that refused to work with same-sex couples.

The couples said they approached St. Vincent Catholic Charities and Bethany Christian Services to adopt children the agencies had accepted through referrals from MDHHS.  They said the agencies refused to work with them.

The state contracts with 59 private adoption and foster care agencies across the state and while the MDHHS wasn't able to say specifically how many don't work with same-sex couples or LGBTQ individuals, 20 of the agencies are affiliated with religious organizations.

During her campaign for attorney general, standing up for the rights of the LGBTQ community was a major theme.

“Discrimination in the provision of foster care case management and adoption services is illegal, no matter the rationale,” Nessel said in a statement. “Limiting the opportunity for a child to be adopted or fostered by a loving home not only goes against the state’s goal of finding a home for every child, it is a direct violation of the contract every child-placing agency enters into with the state.”

The ACLU said the settlement was a victory for the 12,000 children in foster care in Michigan.

“Our children need every family that is willing and able to provide them with a loving home," said Leslie Cooper, deputy director of the ACLU LGBT & HIV Project. "When agencies choose to accept taxpayer dollars to provide public child welfare services, they must put the needs of the children first.”

Leading the way in whining was the Catholic Church which routinely acts like a hog at a trough when it comes to seeking taxpayer funds to prop up its discriminatory agencies.
Posted by Michael-in-Norfolk at Saturday, March 23, 2019