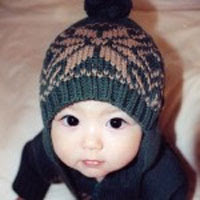 One of the worse examples of the utter hypocrisy of so-called "pro-life" Republicans and their hate-filled self-congratulatory Christian base is the way in which they want no one to have an abortion, yet once the child leaves the womb, they don't give a damn about the health and welfare of the child. The hypocrisy - not to mention horrible callousness - of these people is truly stomach wrenching. It is certainly one reason I do not want to have the term "Christian" applied to me. If these people are what it means to be a Christian, then I'd much prefer to be a pagan or a member of some other faith tradition. The latest display of the foul and callousness towards children comes from Alaska where the GOP members of the legislature killed a bill that would have provided health care coverage to the truly poor and needy. You know, the exact sort of thing the Gospels report Jesus as endorsing. But not in today's GOP. Here are highlights from Think Progress (also the source of the photo):
*
[T]he Alaska Senate shot down a health bill that would expand a program that provides medical services to the low-income children and pregnant women. The 14-year-old program, Denali Kid Care, is specifically “designed to ensure that children and teens of both working and non-working families can have the health insurance they need.” The bill seeks to “restore the original income eligibility threshold established more than a decade ago, raising it from the current 175 percent to 200 percent of the federal poverty line” — a move that bill sponsor State Sen. Bettye Davis (D) said would cover nearly 1,300 more children and about 250 pregnant women. But the bill — which passed the Senate last year 15 to 4 — failed this year. The obstacle? A woman’s right to choose.
*
The Alaska Supreme Court holds that the state must fund medically necessary abortions if it funds medically necessary services for others with financial needs. The mere possibility that a woman could have even a “medically necessary” abortion under this health insurance program was enough for Republicans to stall the bill
*
According to Davis, the program expansion “might” fund 22 abortions. But that hypothetical number was enough for 9 Republicans and 1 Democrat to block coverage for over 1,000 Alaskan women and children. “Six Senators who voted for the measure last year voted against it today.” Only one Republican — state Sen. Lesil McGuire — supported the measure, stating “that the Senate cannot turn its back on pregnant women who need help.”
*
While Davis reserved the right to reconsider the bill later, Alaska Gov. Sean Parnell (R) — who vetoed the very same bill last year over abortion — said “he cannot envision a scenario in which he’d support an expansion.
Posted by Michael-in-Norfolk at Sunday, April 17, 2011