ANOTHER CLOSET - Domestic Violence in the Gay and Lesbian Community 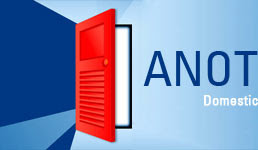 I happened upon an Australian site that addresses this topic and contains a lot of useful information (http://ssdv.acon.org.au/). Here are a few points that caught my attention:

Domestic violence can take many forms. Many of these don’t include physical violence.
Emotional abuse: is any type of ongoing behavior by one partner (or ex-partner) to make the other feel afraid or worthless.
Social abuse: is any behavior by one partner to control the other’s social life.
Physical abuse: is any type of physical violence that an abusive partner inflicts on the other.
Sexual abuse: is any behavior where one partner forces the other to perform sexual acts they don’t want to.
Financial abuse: is any behavior by one partner to control the other’s money against their will.
Stalking: is any behavior by which one partner (or ex-partner) tries to intimidate or harass the other. It can include: (1) Following them when they go to work, home or out. (2) Constantly watching them, their house or work. (3) Calling, texting or e-mailing them or their family, friends or work colleagues more often than is appropriate or when asked not to.
Myths and facts: There are many myths surrounding domestic violence in same sex relationships. Some myths excuse the abuse while others ‘blame the victim’. Either way myths make it difficult for the person experiencing abuse to seek and get help and for them or others to understand the real issues.
Myth: Violence in gay and lesbian relationships is a mutual fight.Fact: Domestic violence is about power and control and will almost always involve a number of forms of abuse, for example emotional or social abuse. Physical violence may only be one of those. Regardless of whether an abused partner may be able to fight back during a particular incident they are still experiencing domestic violence.
Myth: I won’t be able to meet any other gay or lesbian people.Fact: One form of abuse is social isolation. Some people worry that if they leavetheir abusive partner they will end up isolated and alone. This is especially truefor people in their first same sex relationship. But there are many community groups that can help people make connections with other gay men or lesbians.

Unique aspects of same sex domestic violence: Confidentiality and isolation within the gay and lesbian communities:
The relatively small size of the gay and lesbian communities, especially in smaller cities and rural areas, can make it difficult for the abused partner toseek help. They may feel embarrassed about the abuse or their partner mayhave tried to turn others in the community against them. An abusive partnermay isolate the other from contact with the gay and lesbian community bypreventing them reading the community press or attending gay and lesbianvenues or events and preventing them seeing friends from within thecommunity. This is especially true for people in their first same sex relationshipwho may not have had much contact with the gay and lesbian communitybefore the relationship began.
Leave Home For a While: You might decide it is best to leave the place you live in for a while. You could go to a friend or family member’s place, a refuge, emergency housing, a hotelor backpacker hostel.
If any of this sounds too close to your reality for comfort, then perhaps one should consider doing something about the situation. For a US based source of information, take a look at http://www.brown.edu/Student_Services/Health_Services/Health_Education/sexual_assault/ssdv.htm which likewise has some helpful advice:
What should I do if I'm being abused? It's important to know that violence/abuse is not likely to stop on its own -- episodes of violence usually become more frequent and more severe.
Posted by Michael-in-Norfolk at Saturday, August 04, 2007

Thank you for posting this. As I have written so often, domestic violence (between any genders) is My Cause. Whenever I would be asked "How do I know if I'm in an abusive relationship?" my response was always: Ask yourself two questions ~ are you EVER afraid and do you walk on eggshells. If the answer to either of those is true, you are in some kind of abusive relatioship. Fear does not belong in a healthy relationship. Ever. GREAT post!