Time for Donald Trump to Head Down Sunset Boulevard 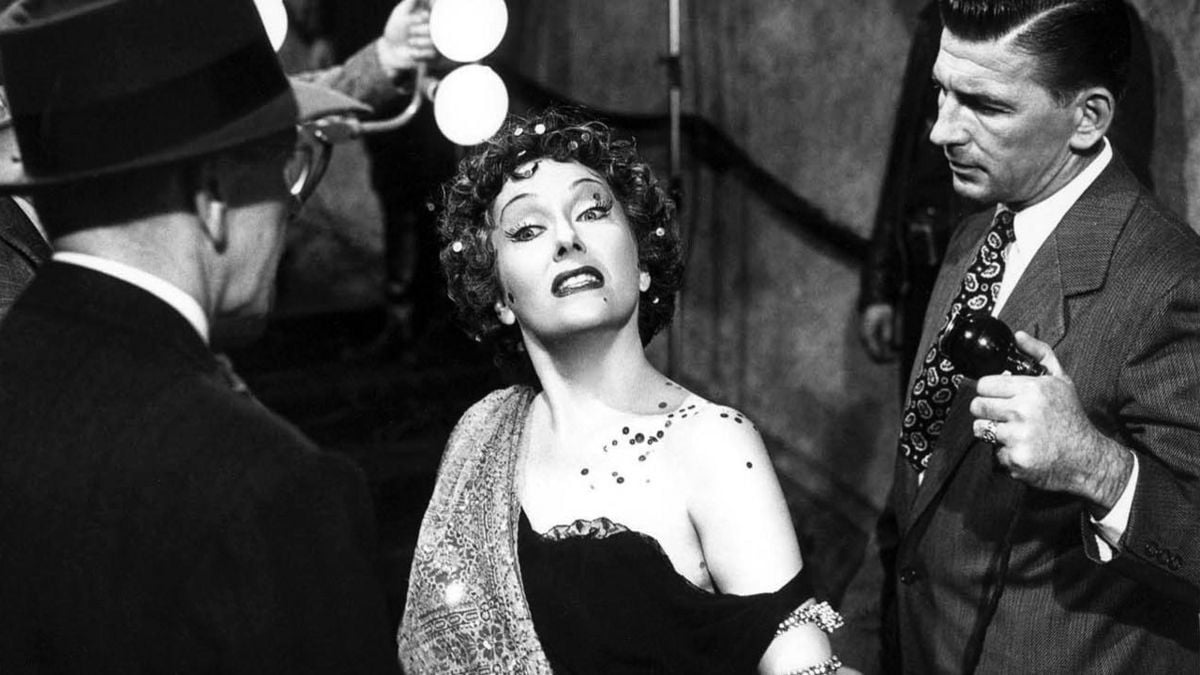 October is mental health awareness month, but this month Americans are getting a heavy dose of watching mental illness on display with the White House being the set for a performance by Trump worthy of Gloria Swanson as Norma Desmond in Sunset Boulevard.  The difference, of course, is that Swanson was acting while Trump is a real life Norma Desmond utterly out of touch with reality and seemingly ever more lost in delusions (the same applies to his lunatic supporters).  A snarky column in the New York Times lays out Trump's delusions and suggests he head down "Sunset Boulevard" and allow America to move on and, although not expressly stated, repair the damage wrought by his 4 years of misrule and self enrichment of himself and the many grifters he appointed to positions for which they were completely unqualified. Here are excerpts:

Many see a wannabe despot barricaded in the bunker, stubby fingers clinging to the levers of power as words that mean nothing to him — democracy, electoral integrity, peaceful transition, constitutionality — swirl above.

One presidential historian sees something different in Donald Trump’s swan song. Michael Beschloss has been tweeting pictures of Hollywood’s most famous divas, shut-ins and head cases.

Norma Desmond watching movies of herself, hour after hour, shrouded in her mansion on Sunset Boulevard as “the dream she had clung to so desperately enfolded her.”  . . . . [Trump] The president and his cronies are likely to do real damage and major grifting in the next two months. But in other ways, the picture of [Trump] the president as a pathetic, unraveling diva is apt.

Trump has said in interviews and at rallies that two of his favorite movies are the black-and-white classics about stars collapsing in on themselves, “Citizen Kane” and “Sunset Boulevard.”

In “Sunset Boulevard,” Max the butler and a camera crew conspire to make the demented silent film star believe she’s getting her close-up when she’s actually just being lured down the staircase to answer for her sins.

The Republicans enabling Trump’s delusion are like the camera crew, filming a scene with the disintegrating diva that is never going to be seen.

“What is the downside for humoring him for this little bit of time?” a senior Republican official told The Washington Post. “No one seriously thinks the results will change.”

Trump, who once wanted to be a Hollywood producer and considered attending U.S.C. film school, never made the pivot to being a politician. He got elected because he played a competent boss and wily megabillionaire on a reality TV show — pretty good acting now that we know he is neither — and he has stayed a performance artist and a ratings-obsessed showman.

As a growing number of Trump advisers and Republican Party leaders privately admitted the end was nigh — and as the Secret Service was rocked by coronavirus infections and quarantine orders from the president’s mask-defying, super-spreader campaign travel — White House officials propped up Donald’s grand illusions. This, even as his lawyers deserted him and judges ruled against him.

[Trump] The president, who has never shown much interest in governing, has finally dropped all pretense to focus on the core tenets of the Trump Doctrine: himself, cable news, Twitter, self-pity, and caterwauling about perceived slights.

“.@FoxNews daytime ratings have completely collapsed,” he tweeted. “Weekend daytime even WORSE. Very sad to watch this happen, but they forgot what made them successful, what got them there. They forgot the Golden Goose. The biggest difference between the 2016 Election, and 2020, was @FoxNews!”

The goose was at Fox’s neck. What an unnatural and delicious sight.

The network helped Trump become president and allowed him to maintain his viselike grip on his base. Fox was the oxygen inside his alternate-reality bubble.

But because Trump is 100 percent transactional, he couldn’t accept pure math, training his laser beam on Fox when it dared to veer ever so slightly from total fealty by correctly calling the race early in Arizona.

But the Golden Goose is also a Silly Goose. He should just recognize that Biden winning is actually the best outcome for him. He doesn’t have to do the job anymore and can simply get on with the branding and the whining and the pot-stirring — the parts that interest him.

Now Trump should move on and stick to what he knows best: promoting himself. Like Norma Desmond, he should give in to the fantasy of his life that he is so devoted to and leave the rest of us to live in the cold, cruel, unforgiving, inconvenient reality.

Mr. DeMille just called, Mr. President. He says he’s ready for your close-up. Keep your pancake makeup on and step on out of the house now. The cameras will be waiting.

Posted by Michael-in-Norfolk at Sunday, November 15, 2020

Her line about "I'm the greatest star of them all" seems appropriate here!