Republicans Continue to Pander to Trump's Inability to Admit Defeat 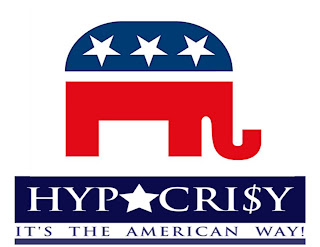 The vast majority of Republican elected officials have shamelessly debased themselves over the last four years as they have lied, looked the other way and, in too many instances, participated in Donald Trump's efforts to undermine democratic norms and to use the office of the presidency as a means to funnel taxpayer money to his businesses, cronies, and himself.  The conduct of most Republicans who falsely bloviate about supporting "family values" and loving America make the nastiest prostitute look virtuous in comparison.  Now, with Trump's election defeat and the malignant narcissist-in-chief's inability to admit defeat these same Republicans have shown themselves ready to throw out legal ballots and to overthrow democracy itself.  Trump's motivations are easy to see: (i) he's mentally ill, (ii) he fears criminal prosecution once out of office, and (ii) he has over $400 million in debt coming due soon.  For his enablers and accomplices, the motivations are similarly clear: they fear (i) the GOP's hideous base of racists, far right Christian extremists, and conspiracy theory adherents, and (ii)   a loss of power.  A piece in Politico by the editor of National Review looks at the moral failure of most Republicans.  Here are highlights:

No one expected Donald Trump to handle a defeat in the 2020 election well.  It was predictable he’d deny that he really lost and allege the vote was rigged, that he’d tweet wild and misleading things, and that he’d lash out in absurd and sophomoric ways.  All that was inevitable.

What’s been more disturbing is how far he and his allies have been willing to push it, not content only to delegitimize the election, but actively seeking to invalidate it.

This was the vista briefly opened by the refusal of Republican canvassers in Wayne County — which includes Detroit—to certify the county’s election results on Tuesday. The rare 2-2 deadlock on the board was resolved when the two Republicans agreed to certify the election in an exchange for an audit of precincts where there’s a mismatch between the number of ballots recorded as cast and the number of ballots counted.

Trump cheered the brief refusal to certify (“A Republican WIN!”), and reportedly blocking certifications is part of the Trump strategy going forward.

Trump’s central failing as president has been his inability to distinguish between his personal interest and the public interest. No president in memory has made less of an effort to allow the institution of the presidency to shape him and to conform to the constraints it imposes. Instead, he’s acted as if he’s the host of "Celebrity Apprentice," merely relocated to 1600 Pennsylvania Avenue and with more Twitter followers.

[Trump] successfully branding the election as stolen is second best for Trump's own purposes.

It takes away some of the sting of defeat, and the millions of his supporters who think it was rigged will fortify him in all future endeavors. They will watch his TV interviews, subscribe if there is a Trump digital media property, give him continuing clout in the GOP, and perhaps support him if he runs again in 2024 to avenge the wrong done to him in 2020.

Elected Republicans have been giving Trump lots of running room, on grounds that he should have the chance to ferret out fraud and to have his day in court.

This is fine as far as it goes, so long as results that withstand scrutiny are honored.

In Wayne County, the discrepancies that motivated the Republican canvassers were vanishingly small. According to the Detroit Free Press, the majority of Election Day precincts and absent voter boards with mismatches had discrepancies of three or fewer votes, amounting to roughly 387 votes. Trump lost Michigan by about 150,000 votes — and slightly overperformed in Wayne County. —

According to Robert Costa of the Washington Post, Rudy Giuliani’s endgame is to block enough certifications to get the election into the House. If this is an accurate rendering of the thinking, it makes zero sense.

The House takes up a presidential election if no one gets a majority of the appointed electors; in other words, a candidate can be below 270 electors and still win. . . . . . This means that the Trump team could block the certifications in Michigan, Pennsylvania, Wisconsin, Georgia, Arizona, and Nevada — and still lose to Joe Biden, 233-232.

To go down this route, the Trump team would have to pile another implausibility on top of blocking certifications in multiple states and have the legislatures appoint Trump electors in stark defiance of the election results—precipitating a constitutional crisis that Trump would ultimately lose, and deserve to.

Trump has such a strong hold on the GOP base that Republicans feel the need to play along with his deep-seated inability to admit defeat. The slogan of counting every “legal vote” is a safe harbor that all Republicans can hew to, but it should go without saying that it must mean counting — and certifying— valid votes for Joe Biden.

It is far past time that moral and decent Republicans - assuming being a Republican nowadays isn't mutually exclusive with such characteristics - throw Trump overboard and allow him to sink into irrelevance.

Posted by Michael-in-Norfolk at Wednesday, November 18, 2020