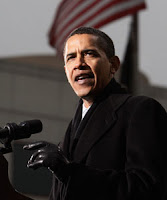 I have taken Obama to task a number of times for his failure to do anything truly meaningful on the gay rights front since his inauguration. Indeed, he has seemed more concerned about coddling and kissing up to vile Christianist liars like Rick Warren rather than take steps to keep his promises to those who helped get him elected. Now, the New York Times has an article that looks at Obama's failures to support those who supported him other than by occasional lip service. At times I am baffled as to whether the root cause is a lack of courage or whether Obama never truly intended to follow through for LGBT Americans in the first place. Here are some story highlights from the Times:
*
WASHINGTON — President Obama was noticeably silent last month when the Iowa Supreme Court overturned the state’s ban on same-sex marriage. But now Mr. Obama — who has said he opposes same-sex marriage as a Christian but describes himself as a “fierce advocate of equality” for gay men and lesbians — is under pressure to engage on a variety of gay issues that are coming to the fore amid a dizzying pace of social, political, legal and legislative change.
*
Two of Mr. Obama’s potential Supreme Court nominees are openly gay; some advocates, irked that there are no gay men or lesbians in his cabinet, are mounting a campaign to influence his choice to replace Justice David H. Souter, who is retiring. Same-sex marriage is advancing in states — the latest to allow it is Maine. . . . many gay activists, aware that Mr. Obama is also dealing with enormous challenges at home and overseas, have counseled patience. But some are unsettled by what they see as the president’s cautious approach. Many are . . . suspicious of Mr. Obama’s commitment to their cause.
*
In the words of David Mixner, a writer, gay activists are beginning to wonder, “How much longer do we give him the benefit of the doubt?” Last weekend, Richard Socarides, who advised President Bill Clinton on gay issues, published an opinion piece in The Washington Post headlined, “Where’s our fierce advocate?” The White House, aware of the discontent, invited leaders of some prominent gay rights organizations to meet Monday with top officials. . .
*
Some say change is inevitable, not only for Mr. Obama but also for other Democratic politicians who have embraced civil unions but rejected same-sex marriage. Now that the Iowa ruling has pushed the battle into the nation’s heartland, the issue will inevitably come up during the 2010 midterm elections and the 2012 presidential campaign.
*
For the record, I no longer give Obama the benefit of the doubt. Unless and until he gets some backbone and does something substantive, my operating assumption is that he cynically used LGBT Americans and I have no intention of forgiving him for it either.
Posted by Michael-in-Norfolk at Thursday, May 07, 2009

Congress has to repeal DOMA and DADT (both signed into law by Bill Clinton) and pass the hate crimes law that the current president would surely sign. He has nominated lesbian judges. There is no need to comment on state laws. Cleaning up the messes Bush left (economy, wars, shredded Constitution, distrustful allies) would keep anyone busy.

One thing I think he should do is ensure that while DADT is law that don't ask is enforced with the same zeal as don't tell, though this runs the risk of making DADT seem workable.

An article in the hometown paper of Speaker Pelosi suggests that our supposed leadership (gay rights organizations) have condoned avoiding the issue: http://www.sfgate.com/cgi-bin/article.cgi?f=/c/a/2009/05/08/MN9L17GJM3.DTL.