It’s All About Women and Sex 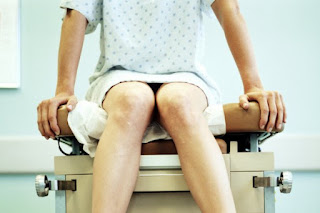 Having been raised Catholic in the late 1950's and 1960's the church fathers - bitter supposedly celebite men - were obsessed with sex and women being temptresses waiting to lead men to perdition.  While the Virgin Mary was venerated, the rest of womankind was best viewed as a threat to mens' afterlife. All sex was bad unless aimed at procreation and heaven forbid it be enjoyable.  Much of the Catholic heirarchy remains sex obsessed. Ditto for the Christofascists and evangelicals pushing for the overturning of Roe v. Wade who meanwhile have the highest dovorce rate of any religious group and, at least in the South, have the highest online porn usage.  Overlooking the rank hypocrisy of these folks - and the fact that they support GOP policies that seek to give no funding to care for children once they are born - it all comes down to seeking to subordinate women and to control their sex lives while invoking 12th century knowledge of sex and sexuality (and sexual orientation, of course).  Given this obsession with sex and controlling women, it's only a matter of time before contraception and gay sex are targeted by America's Christian Taliban.  They truly are just as extreme on sexual matters as the Islamic extremists they otherwise condemn.   And it all boils down to forcing one set of religious beliefs on all Americans.  A column in the New York Times looks at this reality:

When I was back in high school — a Catholic girls’ school in Cincinnati at the beginning of the sexual revolution — our religion class covered the abortion issue in approximately 45 seconds.

“Abortion is murder,” said the priest who was giving the lesson, before moving on to more controversial topics, like necking and heavy petting. I still have a vivid memory of being marched into the auditorium for a lecture from a visiting cleric who assured us that when Jesus was dying on the cross, he was tortured by a vision of the sins of mankind — notably adolescent girls “making out with boys in the back seat of a car.”

Now, that was a long time ago . . . . . You don’t hear that specific message too much in today’s political debates about reproduction, but as a way of thinking, it’s most definitely still there.

On Wednesday the Senate failed to pass a Democratic bill supporting women’s right to choose in anticipation of a Supreme Court decision going in the other direction.

It’s pretty clear where we’re going. The Supreme Court’s Trump-constructed majority will reject the by-now-longstanding understanding that a woman has the constitutional right to decide whether she wants to end a pregnancy. In at least 13 states, laws banning abortion could kick into place almost immediately.

Welcome to the land of my high school religion classes, people. The governor of Mississippi, when asked whether the state would move on to a ban on contraception, said, rather unnervingly, that it’s “not what we’re focused on at this time.” And the dreaded Tennessee senator Marsha Blackburn has denounced the Supreme Court decision in Griswold v. Connecticut, which covers the use of contraceptives for married couples under the constitutional right to privacy.

Blackburn says Griswold is “constitutionally unsound.” . . . the question is whether states that are able to ban abortion will march further into anti-birth-control territory. There’s bound to be a next step. The many, many activists who have focused their political careers on constraining women’s sexual activity aren’t going to just declare victory and go home.

All this is basically about punishing women who want to have sex for pleasure. It’s a concept with a long tradition in American history. Back in 1873, Congress began to pass a series of laws prohibiting dissemination through the mail of birth control literature, drugs or devices. Later, when a journalist asked Anthony Comstock, founder of the New York Commission on the Suppression of Vice, whether it would be all right for a woman to use contraceptives if pregnancy would endanger her life, Comstock snapped: “Can they not use self-control? Or must they sink to the level of beasts?”

[I]t’s important to note that the policies we’re talking about here are basically a matter of legislating the religious beliefs of just one segment of the public.

The goal of the Democratic Senate bill was mainly to get the public focused on the reproductive rights issue before the fall elections. And that certainly couldn’t hurt. There have to be voters out there who aren’t all that geared up about going to the polls but who might be moved if they got to hear the speech by Republican Steve Daines of Montana that praised anti-abortion laws as being similar to ones “that protect the eggs of a sea turtle or the eggs of eagles.”

Those sea turtles have been coming up a lot in this debate. Republican James Lankford of Oklahoma, in a long, emotional speech, recounted a confrontation with abortion rights demonstrators who pointed out there was a difference between laws protecting a woman’s right to choose and laws protecting endangered species.

“And I’m called the extremist,” Lankford declared. He added, “If people call me a radical for believing children are valuable — so be it.”

Actually, people call Lankford a radical for believing that the reproductive experiences of female water-dwelling reptiles are comparable to the experiences of human beings whose offspring will need and deserve many years of constant care and concern in order to prosper.

Years of care and support who the same anti-abortionists don't want to spend a penny on.