Can Democrats Hold the House and Senate in 2022 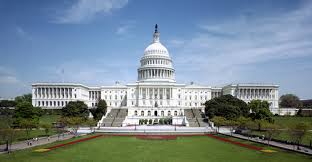 Historically, the party holding the White House has most often lost seats in Congress in the midterm elections following winning the White House.  This reality looms over the Biden administration and Congressional Democrats as they seek to pass historic legislation that will vastly improve the lives of a majority of Americans.  In contrast, the Republicans offer more of the status quo and benefits that go to the super wealthy and large corporations. To dupe the GOP base into yet again voting against its own economic interest, the GOP will offer outright lies - e.g., the bogey man of tax increases even though most of the base would see no tax hike - racism, and efforts to fan the culture wars (transgender American are the current GOP whipping boys/girls).   The Democrat strategy is to get some version of Biden's proposals enacted and allow voters to experience real benefits that may make them think twice before yet again falling for dog whistle (and overt) racism and other derisive messaging.    The other Democrat advantage is the shrinking of the GOP base as Christofascists and aging whites die off.  A piece in The Atlantic looks at the stakes and the party strategies.  Here are highlights:

The good news for Democrats who watched Joe Biden unveil a historically ambitious agenda last night is that newly elected presidents have almost always passed some version of their core economic plan—particularly when their party controls both congressional chambers, as Biden’s does now.

The bad news: Voters have almost always punished the president’s party in the next midterm election anyway. The last two times Democrats had unified control—with Bill Clinton in 1993–94 and Barack Obama in 2009–10—they endured especially resounding repudiations in the midterms, which cost Clinton his majority in both chambers and Obama the loss of the House.

The scale of the agenda Biden laid out last night underscores Democrats’ conviction that their best chance to avoid that fate again in 2022 is to go big with their proposals. Counting the coronavirus stimulus plan approved earlier this year, Biden has now proposed more than $5 trillion in new spending initiatives over the next decade—far more than Clinton or Obama ever offered—to be partially paid for by tax increases on corporations and affluent families. On cultural and social issues, Democrats are likewise pursuing a much more ambitious lineup than Clinton or Obama did; Biden is endorsing measures related to a panoramic array of liberal priorities, including election reform; police accountability; citizenship for young undocumented immigrants; statehood for Washington, D.C.; LGBTQ rights; and gun control.

“There’s a very different strategy this time,” David Price, a Democratic representative from North Carolina and a former political scientist, told me. “There’s an openness now to the sense that a bolder plan, ironically, might have greater appeal for independents and others we need to attract than trying to trim and split the difference” with Republicans.

That “bolder plan” from Biden and congressional Democrats is so all-encompassing that historians are legitimately comparing it to the two titanic 20th-century programs that  transformed government’s role in American society: the New Deal under Franklin D. Roosevelt in the 1930s and the Great Society under Lyndon B. Johnson in the 1960s. “This is definitely FDR and Johnson territory, especially in the current age of polarization, where so little gets done,” Julian Zelizer, a Princeton historian, told me.

Republicans believe the magnitude of Biden’s plans will inspire significant backlash from GOP voters in 2022. “Democrats get in trouble when they overreach on spending, taxes, regulating guns, and when the border is a mess,” Bill McInturff, a longtime Republican pollster, told me. “You can see the possibility already [that] all of this could come together in 2022 and create a difficult cycle for President Biden and the Democratic majorities in the House and Senate.” Democrats, for their part, are hoping that they “will be rewarded for solving big problems and … Republicans will be punished for sitting on the sidelines and just driving political rhetoric,” John Anzalone, one of Biden’s lead pollsters during the election, told me.

Yet Democrats’ fear of failure may be fueling the ambitions on vivid display last night just as much as their hope of success is. While most Democrats believe that going big offers them their best chance of maintaining at least one of their majorities next year, many quietly acknowledge that, no matter what they achieve, they face long odds of holding the House in the first midterm election after the decennial redistricting process spurred by the census. . . . . many Democrats think that their window for significant legislative accomplishments will slam shut if the GOP wins either chamber in 2022.

What’s encouraging is how past presidents have managed to push through important parts of their agenda. Presidents don’t get everything they want during that initial two-year period. Clinton, for instance, failed to pass comprehensive health-care reform, and Donald Trump failed to repeal the comprehensive reform that Obama did pass—the Affordable Care Act. But presidents whose party controls Congress typically do pass some version of their core economic proposals during their first two years, even if it usually happens after some significant remodeling.

This history augurs well for Congress eventually approving some version of the infrastructure and human-capital plans Biden touted last night, even if the plans are adjusted to win approval from the Democratic Party’s most conservative senators, such as West Virginia’s Joe Manchin. (Democrats can pass most of Biden’s economic agenda through the reconciliation process, which requires only a simple-majority vote in the Senate. His noneconomic priorities face much dimmer prospects of passing in the upper chamber, unless Senate Democrats agree to curtail the filibuster.) Democrats often blame the devastating losses Obama suffered in 2010—he lost more House seats than any president in a midterm since 1938—on his administration’s overly cautious approach, and they don’t want to repeat that mistake.

Price, Anzalone, and other Democrats cited several reasons to feel confident that the party can pass a sweeping agenda and avoid the big losses that Obama and Clinton suffered early on. For starters, compared with 1994 and 2010, the party isn’t defending as many conservative-leaning House or Senate seats: In 2022, the party will not be defending a single Senate seat in a state that backed Trump, and will have to protect only seven Democratic lawmakers in House districts that he won. Another key difference: For all of his other ambitions, Biden isn’t trying to remake the health-care system, as both Clinton and Obama were in their first two years.

The absence of such sustained opposition—key business groups, such as the U.S. Chamber of Commerce, have in fact praised many of Biden’s proposals—may help explain why public polls have been in Biden’s favor: They’ve consistently found a substantial majority of Americans supporting Biden’s stimulus plan, and a narrower but still consistent majority backing his infrastructure proposal. “That’s in large part because there has not been a coherent message against Biden’s plan or a large mobilization against his agenda,” McElwee said.

Most of the key elements of the American Families Plan that Biden laid out last night—such as the expanded tax credit for children, universal pre-K, and paid family leave—poll well too, as does raising taxes on corporations and the wealthy to pay for them.

The prospect that Democrats can gin up strong enthusiasm among their base is the party’s biggest source of optimism. The Democratic voter-targeting firm Catalist has calculated that some 92 million Americans voted Democratic in at least one of the past three elections; to hold one or both chambers, the party might need only a little more than 50 million of them to turn out next year.

Biden last night showed one approach to mobilizing those voters: underscoring what he will do for them in his first two years. But if Democrats are to avoid the midterm deluges that submerged each of their past two presidents, some in the party believe an even more urgent task may be one that Biden, with his emphasis on bipartisanship, hasn’t really begun: showing Democratic voters what Republicans will do to them if they regain power in Congress next year. In the meantime, Democrats are racing the clock to pass an agenda that rivals FDR’s and LBJ’s—in a country and a Congress divided far more closely between the parties than when those presidents made their indelible marks on history.

Let's hope a majority of Americans refuse to fall for the GOP's lies and reverse Robin Hood agenda in 2022.