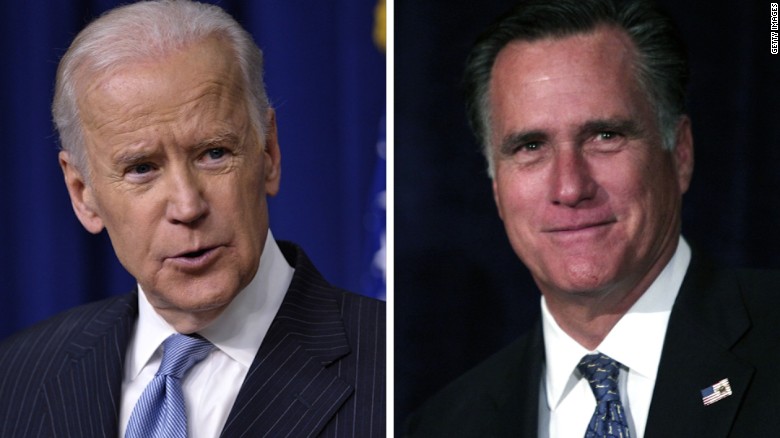 A lengthy piece in Larry Sabato's Crystal Ball looks at the current Democrat presidential primary contest and draws parallels between Joe Biden's and Mitt Romney's 2012 primary victory.  The comparison is worrisome given that Romney went down to defeat in the general election - something I fear could well happen with Biden even as I and many others will vote for whoever is nominated rather than Trump (one friend has secured bumper stickers which say "The Democrat in 2020").  Yet some on the far left of the Democrat coalition may reprise 2016 and sulk at home or throw away their votes on 3rd party candidates and, by default, re-elect Trump who is the antithesis to all that they claim to support. Such behavior - one cannot call it reasoning - is mind numbing, but a true potential given the cult mentality of some on the far left. I truly do not believe the nation can survive another four years of Trump - at least not as a democracy - as the Republican Party displays more and more desire to push the country to a near autocracy.  Here are article highlights:


History doesn’t repeat itself, but it often rhymes. Joe Biden doesn’t rhyme with Mitt Romney, although one of the words emblazoned on the side of Biden’s bus (malarkey) sort of does.

More to the point, we are beginning to wonder if the endurance of Biden at the top of the Democratic heap is beginning to resemble Mitt Romney’s endurance two cycles ago.

Despite his troubles, Romney seemed like the best bet to win the nomination for almost the entire campaign (except perhaps for when Rick Perry entered the race to great acclaim in August 2011).

The same may be true of Biden, although the race remains volatile. But Biden’s position is arguably stronger than Romney’s was at this time eight years ago.

In that 2012 race, Republican voters appeared at times quite willing to go with a different option than Romney. From late August 2011 through February 2012, Romney was surpassed no less than five different times in the national RealClearPolitics polling average, first by Perry, then Herman Cain, then Newt Gingrich (for two different stretches), and then, finally, Rick Santorum. Yet Romney always ended up back in the lead after his setbacks and emerged by the end of the first month of primary contests as the clear favorite to win the nomination (that year’s race started in January, not February). Romney benefited from split opposition as the primary season went along, with Santorum, Gingrich, and Ron Paul all cannibalizing the non-Romney vote.

Biden, meanwhile, has consistently led national polling. For a brief time in early October, Elizabeth Warren effectively tied Biden in the RealClearPolitics average, but Biden has since regained a decent-sized lead — he’s in the high 20s, with no one else within 10 points of his lead: Sens. Bernie Sanders (I-VT) and Elizabeth Warren (D-MA) along with South Bend Mayor Pete Buttigieg are all clustered within the low-to-mid teens.

In the first two contests, Biden trails in Iowa and New Hampshire. However, he leads in Nevada and South Carolina, which round out the February contests before March 3’s Super Tuesday kicks off a three-week barrage of primaries.

Democratic voters have been sampling their other options, but they have not coalesced around a clear alternative to Biden. Again, this is reminiscent of GOP voters’ inability to ever settle on a true Romney opponent.

Beyond the top four, the freest-spending candidates (by far) are two others: late-arriving Michael Bloomberg, the billionaire former New York City mayor, and wealthy activist Tom Steyer. Neither have been able to crack the top tier anywhere, although they have surpassed many other candidates who have far more formidable political resumes but far less money to spend.

Bloomberg, who could spend a billion dollars on ads without making a dent in his personal fortune, is pursuing an unusual strategy, declining to seek the breadth of donor backing currently required to qualify for debates and focusing on building his support nationally as opposed to in the early states. It is an unusual strategy that we don’t think will work — ultimately, we’re skeptical that Democrats are all that interested in buying what Bloomberg is selling, and whoever does well in the early states will bask in the glow of free media more valuable than Bloomberg’s paid variety — but Bloomberg’s level of spending may end up being unprecedented for a primary.

The four polling leaders, and the two big spenders, are denying oxygen to the other candidates, of which there are many. That’s even after Gov. Steve Bullock (D-MT), former Rep. Joe Sestak (D, PA-7), and, most notably, Sen. Kamala Harris (D-CA) dropped out of the race earlier this week.

Her exit arguably helps Biden the most. Not because Biden necessarily stands to inherit the bulk of Harris’s meager support, but because her exit removed someone who even in her diminished state seemed like a potential threat to him.

Biden’s top challengers right now — Sanders, Warren, and Buttigieg, all of whom are whites elected from northern cities/states — do not appear to have any obvious appeal to black voters, particularly older black voters. Poll after poll shows Biden, who served dutifully and effectively as the first black president’s second-in-command, with an imposing lead with African Americans. Nationally, Quinnipiac University pegged his support at 43% with blacks and The Economist/YouGov at 48%, with the next-closest candidates struggling to break double figures.

Could black support shift? Sure. Again, let’s keep an open mind. But the possibility of dramatic change isn’t the same as the likelihood of dramatic change. Biden could do poorly in both lily white Iowa and New Hampshire and still retain significant black support, so long as his leading rivals remain Sanders, Warren, and Buttigieg. The real threat to Biden is if one of these three win both Iowa and New Hampshire — and maybe even more diverse Nevada too — thus establishing themselves as the clear alternative to Biden. . .

Biden remains the most acceptable candidate available for black voters, at least at the moment, and those voters also tend to be more moderate-leaning, too.

As Theodore Johnson noted in our recent book, The Blue Wave, the growth of liberal/progressive self-identification among Democrats has been driven by whites, not blacks. With Warren and Sanders positioned clearly to Biden’s left, with Buttigieg currently showing so little appeal to blacks, and with the black candidates either struggling or exiting, Biden’s position with black voters remains formidable.

This is not to say Biden has been a strong candidate or has run a great campaign. He continues to show his age in public appearances and debates, and he is lagging his rivals in fundraising. That’s different than Romney, who raised the most among the Republicans in 2012 and had a well-funded Super PAC that his allies deployed to great effect at critical moments of the campaign (one wonders if the nascent Biden Super PAC could do something similar — he very well may need it).

The Democrats who fear Biden may not be up to the task of this grueling campaign could well be proven right, and if Biden were to be nominated only to lose to Donald Trump, parts of the left will make the same argument that parts of the right did in 2012: the party establishment sacrificed ideological purity and received nothing in return.

For the general election, it isn’t just who is chosen as the Democratic nominee. It’s how he or she is chosen, how damaged the nominee is from the process, and how fractured the party is once it’s over. Democrats being Democrats, some will be off sulking for a while.

And some primary voters may disappear in the fall: It’s easy to imagine some supporters of the outsider candidates, most notably Sanders, Rep. Tulsi Gabbard (D, HI-2), and entrepreneur Andrew Yang, falling by the wayside, even if the candidates themselves dutifully get behind the eventual nominee.

Still, Trump is a great unifier for Democrats, and that effect will kick in come fall, maybe even summer. We still see the general election as basically a 50-50 proposition, which is reflected in our early Electoral College ratings.

I cannot help but be very afraid of where things might end up come November 2020. Emigrating might yet be a plausible option.
Posted by Michael-in-Norfolk at Thursday, December 05, 2019