Donald Trump and the Call to Dehumanize Others 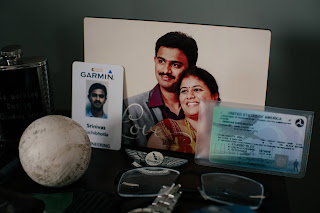 One thing that unites much of Donald Trump's base of support - especially the white supremacists and the evangelical Christians, although in my view, the two groups overlap to a great extent - is their hatred of those who are different.  Gays are target of their hate as are blacks, Muslims, non-Christians of every stripe, Hispanics, those born overseas.  They insist that they are the "real Americans," ignoring the fact that America was stolen from its original occupants through genocide or that some of those they deem "other" have ancestries in America that go back for many decades - or centuries - longer than their own.  Some of my own ancestors go back to New England prior to 1800 while others seem to trace back to Louisiana following the "Great Expulsion" of  French Acadians from Canada by the British during the 1755–1764 time-frame, but since I am gay, in the world of these people I do not rate "real American" status.  During his campaign, Trump called to the racism and simmering hate and has since incited violence against the media - CNN has increased security to protect its employees - and those who oppose his toxic agenda.  A piece in the New York Times looks at one of the victims of such hate, the wife of an Indian man murdered by "real American" in Kansas. With my large number of Hindu clients, the piece resonated with me and made me sad for what Trump and his followers are doing both to the country and to decent, hard working people who are just as human and deserving of life, liberty and happiness as anyone else.  Here are article excerpts (please read the entire piece):

Mr. Kuchibhotla, an Indian-born engineer, was confronted about his immigration status at a bar, then fatally shot. By the time the police arrived, Mr. Kuchibhotla was dying, and his close friend Alok Madasani was wounded. Another patron who tried to stop the attack was also struck by gunfire.

In some ways, what one man shouted in anger and one woman uttered in grief capture one of America’s most troubling intersections.

“Get out of my country!” the gunman would yell, before opening fire on the two Indian men he said he believed were from Iran.

The episode happened at dinnertime in America, in a neighborhood bar, part of a spasm of hatred uncoiling in small towns and big cities across the nation — and in rising numbers.

A month before the shooting, the Victoria Islamic Center in Texas was torched, destroying the mosque. A month after the shooting, a white supremacist traveled from Baltimore to New York City on a mission to randomly kill a black man. He did just that. The reason:a deep hatred of black men.

Ms. Dumala had wondered how the couple fit into this new narrative, if they should move to a different country, and once even asked her husband, “Are we doing the right thing of staying in the United States of America?”

The realization that her husband was killed because of intolerance, because he was not born in America, is what forced her to emerge from this personal, private hell. If people were to know the aftermath of a hate crime, the crater-sized void and endless questions left behind, if the victims were rendered as three-dimensional, maybe there would be less fear, less hate, she thought.

“My story needs to be spread,” she says plainly. “Srinu’s story needs to be known. We have to do something to reduce the hate crimes. Even if we can save one other person, I think that would give peace to Srinu and give me the satisfaction that his sacrifice did not go in vain.”

The best friends, more like brothers, were at Austins. Typically the two went with another close friend from the office, Manju Nag, but he had been out of town on business. That night, it was just Mr. Kuchibhotla and Mr. Madasani at their regular table on the patio, the one closest to the door, discussing Bollywood movies and drinking a pair of Miller Lites.

The assailant approached the friends. Witnesses recall him wearing a white T-shirt with military-style pins, his head wrapped in a white scarf. He was intent on finding out one thing: Did the men at the table belong in the country?

Adam W. Purinton, a white Navy veteran, turned to the two brown-complexioned men, both living in the United States for years, and demanded to know their immigration status.

Not long after, according to the authorities, Mr. Purinton returned to the bar with a handgun. He stood in the door entrance, pointed his gun toward the two men, and fired.

Mr. Kuchibhotla was hit first. Mr. Madasani, who had been sitting on the other side of the table, hit the ground, forced by a bullet, instinct or both. He crawled on his belly toward the opposite door. He thought the bullets were close by because the floor shook with each gunshot. “All I was thinking about at the time was about my baby, all I was thinking of was my wife’s belly,” said Mr. Madasani, whose wife was pregnant with their first child, a boy due in July. “In flashes, I was thinking, ‘I have to live.’”

Once outside, he realized he had been shot in the left leg. “I saw Srivinas on the floor, not moving. I kept on yelling to everyone, ‘Leave me, go and attend to him.’”

Mr. Grillot, the bar patron who had intervened earlier, chased Mr. Purinton into the parking lot. Mr. Purinton turned and shot him in the chest and hand.

The term “hate crime” was being used over and over and by the police, journalists and politicians to describe the death of her husband. All of a sudden, Mr. Kuchibhotla was a hate crime statistic, an example to bolster anti-hate legislation  . . . . .

This is not the America that I want to live in.  The majority of Americans I suspect do not either.  It is time we take back America from the bigots and haters.
Posted by Michael-in-Norfolk at Saturday, July 08, 2017