The Republican Version of Freedom Is Deadly 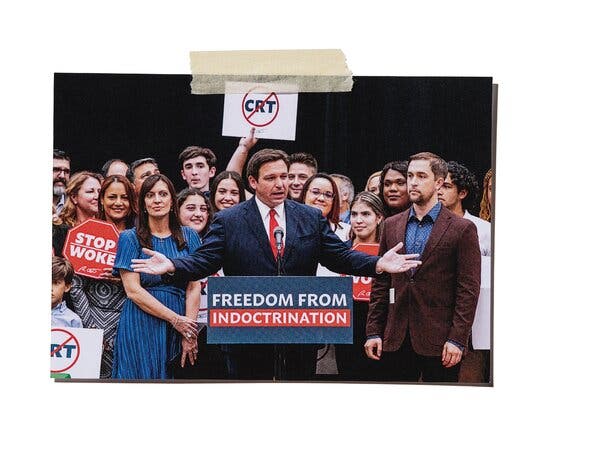 This weekend has kicked off the holiday season and the inevitable whining and bloviating from the right that there's a "war on Christmas" if all of society isn't forced to act as if every American was a right wing Christian with no other faith tradiions in existence.  For many years now, the Christofascists and their puppets within the Republican Party have defined "religious freedom" to be an unfettered ability to inflict one set of religious beliefs on all of society and a corresponding unfettered ability to marginalize and denigrate those who do not conform.   Ultimately, it is a form of incredible selfishness and the antithesis of the gospel message far right Christians claim to support while in reality focusing most of their attention on the intolerance, violence and judgment of others throughout the Old Testament.  This same selfishness and mindset of "freedom" being the ability to do whatever one wants regardless of the harm done to others or how it tramples on the rights of others now infuses the Republican Party and its reverse Robin Hood social agenda and deference to the extreme minority of the population.  A long piece in Salon looks at the perverse meaning of "freedom" among those on the political right and how the interests of the majority are suppressed.  The mid-term election results suggest that perhaps the majority has awoken to the reality that the GOP does not care about their best interests.  Here are column highlights:

Queer people in America are not feeling "freedom," particularly after the most recent deadly attack on Club Q in Colorado Springs. As if to amplify the Republican message of hate and fear against this vulnerable group of our fellow Americans, it happened on Trans Remembrance Day, when we honor the memory of trans people who've been the victims of hate and violence.

Republicans, however, have a weird definition of what it means to be "free."

Stacey Freeman was arrested and imprisoned to protect her "unborn child" from the possibility of her using drugs or alcohol that might "endanger" the zygote or fetus. She vigorously objected, telling the police as she was handcuffed and shoved into a police car that she wasn't pregnant.

Nonetheless, these "freedom" zealots threw her in jail because "pro-life" means "freedom" and county officials insisted she was lying. But she wasn't pregnant, and was finally released after being arrested, booked, photographed, fingerprinted, stripped and inspected, and then enduring 36 PTSD-inducing hours of hell in a jail cell.

For 40 years Republicans have owned the word "freedom," to the point of inserting it in the names of their organizations and splashing it all over their ads right next to the AR-15s they love to pose with.

Which begs the question: What is freedom?

Late in 2020, a group of "freedom fanatics" shut down the COVID vaccination operation at Dodger Stadium, slowing down the process for hundreds of people before the police stopped them.

They called it an "Anti-Lockdown Freedom Rally and March," saying, "We're not going to stop until we get our freedoms back."

They even occupied the Michigan State Capitol with assault weapons in a preview of Jan. 6 because, they said, Gov. Gretchen Whitmer's efforts to prevent Michiganders from dying of COVID were assaults on their "freedom."

Billionaire-funded rightwing groups and the Republicans they own spent most of 2020 and early 2021 telling us that wearing masks, social distancing and closing some businesses to prevent spreading a deadly disease infringes on our "freedom."

A RedState headline referenced "Covid Tyranny," while over at Newsmax their headline was, "No Masking Biden's Disdain For Freedom."

But this isn't a recent phenomenon.

They argued a decade ago that Obamacare was a direct assault on our freedom. The right-wing organization Freedomworks helped organize Tea Party protests back then, and, true to form, in 2020 and 2021 promoted "Open America" protests across the country against lockdowns and mask mandates.

Republicans in the Senate today have a plan to end "socialist" Social Security and Medicare within five years. They opposed most sorts of public health measures during the pandemic and continue to oppose paid sick time because, they say, they diminish American's "freedom" and discourage our "incentive" to get back to work making billionaires richer.

They've been selling this grotesque notion of freedom to us for decades, but Americans are finally starting to wake up to how bizarre and toxic this right-wing ideology actually is.

So, what is true freedom?

  If you're unconscious and on a ventilator because the right-wing media machine told you getting vaccinated was for wimps, you're not free.

  If you're hungry and can't buy food for your family, you're not free.

  If you're afraid every day that your child may not come home from school because the GOP has saturated the nation with assault weapons, you're not free.

  If you're queer in an America where Republican politicians use hate as a political lever, you're not free.

  If you're sick and afraid to go to the hospital because you know the bills will leave you broke and homeless, you're not free.

When Dr. Marvin J. Farr of Kansas died in December of 2020, his family said he became infected because freedom-lovers like him "refuse to wear a piece of cloth on their face to protect one another." After all, getting a vaccine or wearing a mask infringes on freedom, right?

America's billionaires and their Republican puppets tell us that the real meaning of freedom is bigger tax cuts for billionaires and more deregulation, environmental poison and poverty for everybody else.

They've managed to convince millions of working-class Americans that freedom essentially means the "right" to die in debt, to remain uneducated and to be hungry and even homeless while working crappy jobs at $7.25 an hour to make the morbidly rich even richer.

But it's a lie. . . . . Real freedom requires a foundation that allows people to step away from struggling for survival and toward meaningful activities in life. It's the soil in which a functioning civil society and a healthy free enterprise system are rooted. It also fosters respect and tolerance for all members of society.

The experience of nations all over the world shows us that freedom grows most rapidly and best flourishes over the long term in societies with a strong middle class and a strong social safety net. Just take a look at northern Europe, Australia, South Korea or Taiwan.

That middle class grows with education, a job that pays a fair wage and access to health care that doesn't bankrupt you: things that are guaranteed as rights by virtually every developed nation in the world… except America. Economic security and good education promote tolerance and respect for all.

The foundations of freedom are paid for by taxes: good schools and colleges, hospitals that aren't run on a for-profit basis to rip people off with "surprise billings" and jobs with pay and benefits that allow for a decent life. Economic security usually brings tolerance, extending freedom across the spectrum of humanity.

America needs a healthy conversation — a debate, even — about freedom.

Will we continue to hold the notion that being free means getting lousy pay, no union, being broken by health care expenses and putting our kids to bed hungry? That "enforcing freedom" means LGBTQ people, racial and religious minorities and pregnant women live in fear?

Or will we realize, as most of the developed world figured out decades ago, that for a society to be free its richest people must help fund the essentials of life for all those working people and consumers who turned them into billionaires?

Posted by Michael-in-Norfolk at Sunday, November 27, 2022