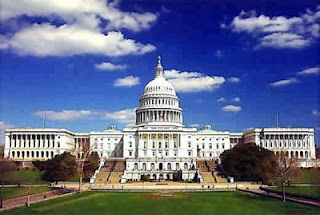 For decades the Republican Party has used the three "G's" - god, guns and gays - to motivate the gullible and bigoted among the public and, even more importantly, to distract them from paying attention to the fact that GOP policies have worked against the economic interests of working Americans.   The result is that 28 states continue to lack non-discrimination protections in housing, health care access and public accommodation. On the surface, the Supreme Court ruling in Bostock v. Clayton County granted employment non-discriminations protections to LGBT Americans by ruling that Title VII of the Civil Rights Act of 1964, which prohibits discrimination “because of sex,” includes LGBT employees.  Other forms of discrimination remain legal in states without state law protections.  To remedy this situation, The Equality Act was introduced in Congress and passed the House of Representatives.  Now, Senate Republicans appear united in killing the Act to appease their Christofascists in their base.  Meanwhile, Republican controlled legislatures are passing anti-LGBT laws in a number of states.  A piece in the Washington Post looks at the deadlock in the U.S. Senate.  Here are highlights:

The long march toward equal rights for gay, lesbian and transgender Americans — whose advocates have eyed major advances with complete Democratic control in Washington — has run into a wall of opposition in the Senate.

Foundering alongside other liberal priorities such as voting rights, gun control and police reform, legislation that would write protections for LGBTQ Americans into the nation’s foundational civil rights law has stalled because of sharpening Republican rhetoric, one key Democrat’s insistence on bipartisanship and the Senate’s 60-vote supermajority rule.

While Senate Majority Leader Charles E. Schumer (D-N.Y.) hinted at potential action this month — the annual LGBTQ Pride Month — Senate aides and advocates say there are no immediate plans to vote on the Equality Act, which would add sexual orientation and gender identity to the protected classes of the 1964 Civil Rights Act alongside race, color, religion and national origin.

The House passed the legislation in February, 224 to 206, with only three Republicans joining all 221 Democrats in support. The Senate companion bill is sponsored by 49 Democrats and no Republicans. Sen. Joe Manchin III (D-W.Va.) is the Democratic holdout, and the lone Republican who had sponsored a previous version of the bill, Sen. Susan Collins (Maine), is not yet doing so in this Congress.

The partisanship around the issue on Capitol Hill stands in contrast to the wide-ranging support for LGBTQ rights among the public at large, in corporate America, and even in the federal judiciary, which has delivered a string of rulings expanding those rights — including a landmark Supreme Court opinion last year written by conservative Justice Neil M. Gorsuch that effectively banned employment discrimination on the basis of sexual identity.

[S]ignificant obstacles to progress on the Equality Act remain, including polarized views on how to protect the rights of religious institutions that condemn homosexuality and Republicans’ increasing reliance on transgender rights as a wedge issue.

Schumer last month said the bill was “one of the things we’re considering” for a vote during Pride Month but added, “it’s a very busy June.” And while individual conversations are taking place, according to Baldwin and Sen. Jeff Merkley (D-Ore.), the lead Senate author, there appears to be no organized negotiation underway as there has been on other hot-button issues.

The backdrop is a new Republican push to target LGBTQ rights. Advocates count at least 17 state laws passed this year targeting the community, most of them specifically aimed at transgender Americans. When the House debated the Equality Act earlier this year, numerous Republicans came to the floor to warn of dire consequences if the bill were enacted.

Rep. Andrew S. Clyde (R-Ga.) said passing the bill would be “opening the door for predatory men to prey on [women] in the most vulnerable of places — in shelters, changing rooms and showers.”

The corps of advocates who see the Equality Act as the capstone of a 50-year struggle for LGBTQ civil rights say they remain optimistic that progress can be made on a lawmaker-by-lawmaker basis. They say that at least 10 Republicans will ultimately be open to passing the law, vaulting a potential filibuster, and that Manchin will support the bill once a critical mass of Republicans get on board.

“We’ve had the First Amendment on the books for decades. We’ve had a clear separation between church and state for decades. The Equality Act does not change the fundamental principles that support religious freedom,” he said. “We heard some of the same arguments, if you will, in the 1960s when the Civil Rights Act was amended — that this would really radically affect how religious institutions function. That didn’t happen.”

The push has been complicated by the federal courts, which have taken up major cases dealing with LGBTQ rights in recent years. Some Republicans have cited last year’s surprise decision banning employment discrimination in declaring that they no longer see a need for broader civil rights legislation. And on Thursday, a unanimous Supreme Court rejected a Philadelphia agency’s decision to sideline organizations that refused to place foster children with same-sex couples on religious grounds — a narrow decision that did not establish a broad new religious freedom doctrine.

But the advocates argue that the courts have left major gaps in LGBTQ rights — such as excluding discrimination in housing, public accommodations and jury service — while also pointing out that existing statutes and court decisions do plenty to preserve religious freedom.

In explaining his opposition to the bill in 2019, Manchin expressed general support for ­LGBTQ rights but cited the discomfort of school officials in his home state with the bill’s gender implications, saying he was “not convinced that the Equality Act as written provides sufficient guidance to the local officials who will be responsible for implementing it.” He promised to “build broad bipartisan support and find a viable path forward for these critical protections.”

The bill’s proponents have been reticent to discuss any changes that would address the GOP objections about transgender sports and other issues they have used as political cudgels. Instead, they have focused on convincing lawmakers that their fears are simply misplaced.

Don't hold your breath hoping the GOP will relent.  Decades of history shows the GOP is the enemy of LGBT Americans.