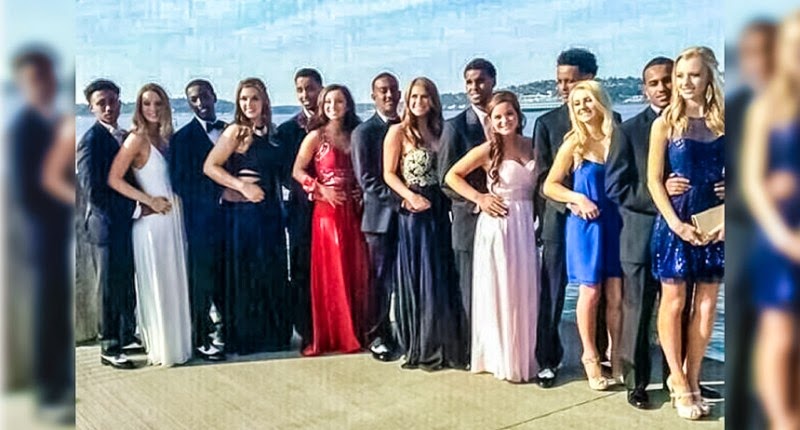 While Virginia is increasingly not a true Southern state - at least outside of rural areas - some of the racism so prevalent in the hinterland still lingers even in some of the Commonwealth's more liberal cities.  A case in point?  Norfolk, where an assistant principal at Booker T. Washington High School in Norfolk is purported to have sent a racist tweet that referenced the image above.  The tweet described the image as "Every white girl’s father’s worst nightmare."  This from an assistant principal.  One can imagine the atmosphere that this type of administrator condones.  With Norfolk tying hard to polish its image, obviously this is not welcomed news.  Here are some details from the Virginian Pilot:

The Norfolk branch of the NAACP has asked the school division for “quick and just adjudication” of a Booker T. Washington High assistant principal after students walked out of school this week to protest what they said was an offensive social media post.

Chapter President Joe Dillard provided a screenshot said to be of the Twitter page of Amy Strickland, an assistant principal who formerly taught in Portsmouth. Earlier this year, The Pilot reported that Strickland was named Portsmouth’s citywide Teacher of the Year.

Dillard said the screenshot came to the NAACP about a week ago in an anonymous email. It shows a re-tweet of a post from “OrNahhTweets” social media page. It includes a picture of several young white women with young black men, all dressed in prom-like attire with the caption “Every white girl’s father’s worst nightmare Or Nah?”

The Pilot tried twice to reach Strickland at a number listed in a public records search.

“They’re very upset. They want to see some type of action,” he said. “We’re not saying she should be fired, but we do know there should be something done.”

The administration generally handles personnel matters and may bring some items to the School Board for review or action. No memo regarding the incident has been sent to parents or staff, Mather said, and there were no additional protests as of late Wednesday.

In South Hampton Roads, some school divisions have social media and computer policies. Norfolk’s draft policy is under review by the City Attorney’s office and the School Board will review in the future, Mather said.

The Virginia Beach division offers guidelines to help employees balance personal expression and professionalism. For example, the Virginia Beach guidelines state: “The use of ethnic slurs, obscenities, innuendos, inappropriate content or other questionable language could find its way to the very audience you would least want to see it. While every employee is entitled to his/her First Amendment rights, you should still carefully consider the ramifications of every post, comment, status update or email. When in doubt, leave it out.”

Posted by Michael-in-Norfolk at Thursday, November 20, 2014

Nice Post, I hardly found useful post which contains real and useful information. I am 100% sure who ever read your post will definitely going to learn something useful.