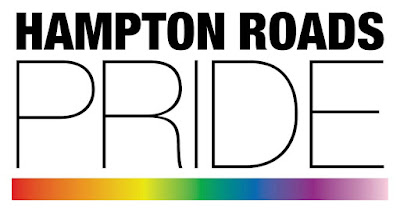 I frequently note that living one's life "out and proud" is one of the most powerful forms of activism that we in the LGBT community can do.  Making people realize that we are not the ugly stereotypes that the "godly folk" like to disseminate can and does change hearts and minds - at least among decent, thinking people.  One way of doing this is to go to Pride events which in some ways are true acts of rebellion and well as opportunities to celebrate solidarity.  I'm sure that many in the straight community do not understand because they are part of the all too often oppressive majority.  The husband and I will attend Pride Fest today, both to celebrate with friends, but also to be visible and send a message that we will not be intimidated and we are here and never going to slink back into invisibility.  An op-ed in the New York Times expresses this mindset.  Here are excerpts:

June is pride month around the country, and it will continue to be. This weekend, celebrations will take place in Portland, Ore., and Chicago. The weekend after in New York City and San Francisco. All pride parades happen in defiance of people who want the L.G.B.T. community to be scared and ashamed. Most years those people are just parents who won’t talk to you about your personal life; for a decade it was a plague the government wouldn’t fight because they thought gay men deserved it. This year we thought it would be politicians trying to make going to the bathroom impossible for trans people. Now, after a massacre, it is more than that. But every Pride parade is an act of rebellion. And our preferred form of rebellion is getting drunk, sweaty, loud and naked.

Before the parade last weekend, my friends and I talked about Orlando, we talked about gun violence, we talked about horrible things politicians had posted, then deleted. There were rainbow streamers and inflatable unicorns and the flat knowledge that 49 people had been executed the night before for being gay. We walked the half block down to the parade, and it was alive. Go-go boys on fire trucks, Dykes on Bikes, serried ranks of L.G.B.T. Methodists mixed with dance music and light inebriation into a good time. It got better.

Our reaction wasn’t somber. We didn’t cancel the parade. We had fun. That is what gay people do. Every gay, trans or lesbian adult I know had to fight hard against family and social training to be an out, proud person. Our answer to loss and indignity, it seems, is to give a party, have a parade, and celebrate bits of happiness.

The uprising at Stonewall, our most famous civil rights moment, happened at a bar. It wasn’t noble or solemn, it was drunk, surly, and there were sequins involved. Those trans women and drag queens didn’t just stage a polite protest about repealing sodomy laws or cross-dressing prohibitions. They fought back against a police force invading our bar, the one place where the simple right to get a vodka soda and make out with a cute gay girl or boy in peace was something we could take for granted. It may seem frivolous, but when society has denied you dignity, honesty and safety, frivolity is all you’ve got.

And frivolity still comes through. When I logged into Grindr, a gay hookup app, on Sunday night, I was first greeted with a pop-up that let me know where and how I could help victims of the Pulse shootings.

It’s a dark, cruel joke, but ours is a culture that is not unfamiliar with darkness and cruelty. When people kill us, pass laws against us, make cheap jokes about us, they aren’t actually saying all gay people should die. They’re saying all L.G.B.T. people should know our place, live in silence, lie about who we are. Societal homophobia wants us to be ashamed, and finds ways to punish us if we refuse. The greatest gay rebellion is honest expression of our truth.

When word surfaced that the Orlando shooter had frequented gay bars and dating apps, some speculated that he might have been doing research to plan his attack. Gay people understood the other very real possibility, that the attacker might be a man with homosexual desires whom society had filled with so much secret shame that he would do anything to prove his distance from the gay world. It’s a tragic, complex truth that means however revolting I find him, I also have sympathy for the ways shame and the inability to live honestly may have twisted this man into a murderer.

The people who were at Pulse nightclub in Orlando on Saturday made the choice to be out and gay, and they paid a horrible price for it. The people who were out in West Hollywood on Sunday, and who will come out around the country this month, were there for all the L.G.B.T. people before us who suffered and struggled to be out and honest, and we did it with pride.