Hollande Blames ISIS for ‘Act of War’ on Paris 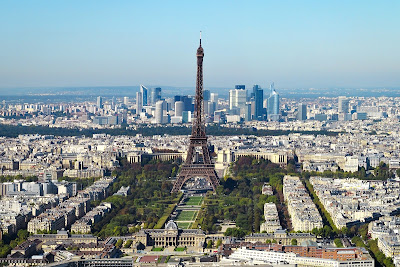 With ISIS now claiming responsibility for the horrific attacks in Paris yesterday that so far have taken 127 lives, in my view, it is time to treat the foul members of ISIS for what they are: savage rabid animals that need to be exterminated just like a rabid dog.  It is also time to admit that religion - and I mean ALL religion - is ultimately a great evil and that the "deeply religious" no matter their faith tradition suffer from deep and often dangerous psychological issues.  Nothing else other than psychological illness explains clinging to religious traditions that trace back to ignorant unknown authors or, in the case of "The Prophet" a likely psychotic.  It will be easy for many on the far right to attempt to single out Islam as the problem, yet just last weekend we had GOP presidential nominees, including Ted Cruz, attending a hate fest where the execution of gays was promoted repeatedly.  ISIS is an evil, but so is fundamentalist Christianity and both religious factions are rebelling against modernity itself which threatens their increasingly unsustainable fairy tale belief systems.   The New York Times looks at the horrible events in Paris.  Here are excerpts:

President François Hollande called the terrorist attacks that killed 127 people in Paris on Friday night an “act of war,” and blamed the slaughter on the Islamic State.

The Islamic State on Saturday claimed responsibility for the attacks, calling them “miracles” in a statement released by one of its publications and distributed on Twitter — a claim that could not be independently verified.

The authorities continued to look for possible accomplices of the eight attackers known so far, all of whom died on Friday: seven by detonating suicide bombs and one in a shootout with the police at a concert hall, the Bataclan, where gunmen methodically killed at least 80 people.

Dozens of others died in apparently coordinated attacks outside the Stade de France, where the French and German soccer teams were playing an exhibition match, and four other restaurants and bars in the city. Nearly 200 others were wounded, at least 80 of them in critical condition, French television reported.

Witnesses on French television said the scene at the concert hall, which can seat as many as 1,500 people, was a massacre, describing how gunmen with automatic weapons shot bursts of bullets into the crowd.  “What you are doing in Syria, you are going to pay for it now,” one of the gunmen shouted, a witness said.

The main shooting broke out at around 9 p.m. at the Bataclan, where the American rock band Eagles of Death Metal was among those playing.  A witness told BFM television that he heard rounds of automatic rifle fire and someone shouting “Allahu akbar!” at the Bataclan.

Unlike the attacks against Charlie Hebdo and a kosher supermarket in January, terrorism experts said, the attacks on the targets on Friday had no apparent rationale. Instead, assailants appeared to strike at random in hip neighborhoods on a Friday night when many people would be starting to enjoy the weekend.

“It’s a Friday night, and there’s a lot of people out, a lot of tourists out,” said a senior European counterterrorism official. “If you want maximum exposure, you do it like this, in the dark, when it’s scarier and more difficult for police to act.”

German Chancellor Angela Merkel, in my view, summed up what this is really all about:

“Those who we mourn were murdered in front of cafes, in restaurants, in a concert hall or on the open street. They wanted to live the life of free people in a city that celebrates life,” . . . . . “And they met with murderers who hate this life of freedom.”

Contrast Merkel's statement with that in the purported ISIS statement:

“Today brothers from all across the world set foot in Gaul and remind the kaffir (disbelievers) in dur Al Kuffr (the land of disbelievers) that we live beside you,”

Why Paris?   Because it symbolizes everything that fundamentalist Islam (and Christianity) is not and that terrifies the fundamentalist religious extremists of both religions.  Paris is an educated, secular, multi-racial city where logic and enlightenment are respected and the ignorance of religion is increasingly disregarded and headed toward the trash heap of history where it belongs.  It is the antithesis of everything ISIS stands for, including the embrace of Medieval religious fundamentalism.  P.S. I am part French, so this is personal to me for that reason as well.
Posted by Michael-in-Norfolk at Saturday, November 14, 2015