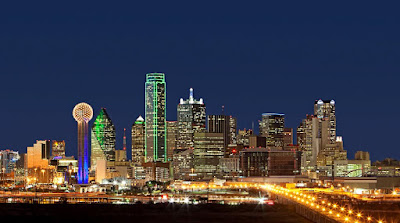 Flush with victory in Houston where they overturned a non-discrimination ordinance that protected LGBT citizens - and many other categories of residents - the Christofascist hate merchants now plan to attack Dallas' non-discrimination ordinance.  One has to wonder if LGBT activists learned anything from their poorly run campaign to protect the Houston ordinance.  On also has to wonder where the IRS is in yanking the tax exempt status of churches that actively sought to impact legislation in direct contravention of the bans of such activity in Section 501(3)(c) of the Internal Revenue Code.  As noted often on this blog, there are few forces more evil in the world than religion be it murder and mayhem under ISIS or the systematic denigration and stigmatization of other done by the "godly folk" in America.  Note how these foul individuals equate restrictions on their ability to mistreat others as a "threat to freedom."  The New Civil Rights Movement looks at this new effort by the hate merchants.  Here are excerpts:

A week after scoring a major victory in Houston, anti-LGBT groups and Republican Texas lawmakers are threatening to try to overturn Dallas' 13-year-old nondiscrimination ordinance, which the City Council unanimously amended Tuesday to strengthen transgender protections.

The Dallas City Council's vote came just one week after Houston voters overwhelmingly rejected an Equal Rights Ordinance, or HERO, based largely on the debunked "transgender bathroom myth" — with opponents falsely claiming the measure would lead to sexual predators entering women's restrooms to prey on victims.

In the wake of the Houston vote, LGBT advocates said they feared anti-LGBT groups would attempt to replicate their fear-mongering Houston strategy in other places across the country, and now it appears their first target could be Dallas. However, Dallas has a significantly higher bar than Houston for repealing ordinances by referendum, which would make opponents job that much harder.

The anti-LGBT hate group Texas Values, which was part of the anti-HERO campaign, issued a statement Tuesday calling the Dallas ordinance “a threat to safety and freedom.”

“This Dallas bathroom ordinance will allow men into women’s bathrooms and that’s why the Dallas City Council is deliberately trying to avoid the people," Texas Values President Jonathan Saenz said.

The Texas Pastor Council, which was behind the petition drive and lawsuit to get HERO on the ballot in Houston, said in an email that the ordinance "removes the doors of women’s restrooms, showers and locker rooms in Dallas, as well as criminalizes businesses, employees as well as eventually, churches who attempt to keep men out.”

"We will work with Dallas pastors to determine how to appropriately respond to the wholesale catering by City Council to the radical, anti-faith, anti-family agenda of the LGBT Human Rights Campaign,' said Dave Welch, executive director of the Texas Pastor Council.

Dallas Mayor Mike Rawlings noted that the ordinance, first approved by the council in a 13-2 vote in 2002, already prohibited discrimination against transgender people in employment, housing and public accommodations. However, gender identity was included under the definition of sexual orientation. The amendments approved Tuesday list gender identity and expression alongside sexual orientation and more clearly define the terms.

Rawlings also noted that in 2014, voters approved an amendment to the Dallas charter, by a margin of 77 percent, prohibiting discrimination against LGBT city employees.

I hate to say it, but I long for the day when Christianity is a dead religion.  As for the "good Christians," they need to get off their asses and loudly condemn their toxic co-religionists otherwise their churches deserve to die as well.
Posted by Michael-in-Norfolk at Friday, November 13, 2015