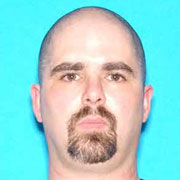 More disturbing information continues to come out about Wade Michael Page, the shooter in the Sikh temple attack over the weekend.  What's equal disturbing is that Page took the anti-immigrant and anti-non-Christian rhetoric of the far right, the "family values" organizations and many in the Republican Party to its logical conclusion if one believes claims that these people - not to mention the equally hated gays - are out to destroy "Christian America."  One can only hope that this horrible incident will make the general populace wake up to the consequences of the nonstop hate and inflammatory speech coming from the right and politicians like Michele Bachmann.  Here's a chilling highlight from the latest CNN coverage of the shootings on Sunday:

Investigators spent Monday trying to figure out what led 40-year-old Wade Michael Page from repairing missiles for the Army to a Sikh temple in suburban Milwaukee, where he was killed by police at the end of a Sunday morning rampage.

Christopher Robillard of Oregon, who described Page as "my closest friend" in the service more than a decade ago, said Page was pushed out of the military for showing up to formation drunk.  .   .   .   .  But even then, Page "was involved with white supremacy," Robillard said.  "He would talk about the racial holy war, like he wanted it to come," Robillard said. "But to me, he didn't seem like the type of person to go out and hurt people."

Robillard said he knows Page's name will now be inextricably linked with hate and bloodshed, "but that's not how I remember him."  "It's the racial holy war talk I always took as something he would vent about, and not act on it," he said. "I never pictured him as someone who would do anything. I thought maybe he was just saying it for attention."

Then the Milwaukee Journal Sentinel has these scary highlights:

Fred Allen Lucas, a Bloomington, Ind., man who served with Page at Fort Bragg, N.C., in a psychological operations battalion, recalled that he spoke of the need for securing a homeland for white people and referred to all non-whites as "dirt people."  "It didn't matter if they were black, Indian, Native American, Latin - he hated them all," Lucas said.

At the time, Lucas said, Page was covered with tattoos, including one that made a reference to the "14 words," a phrase used by white supremacists: "We must secure the existence of our people and a future for white children."

"He criticized me for my attraction to (Latina) women," Lucas said. "He'd call me a 'race-traitor.' He said I should change my ways because I was a blond-haired, blue-eyed white guy, and I shouldn't be wasting myself on that."

The newspaper quoted general manager John Tew as saying that, after Page was fired, he found an application for joining the Ku Klux Klan on Page's desk.